from All The Things by Dual Core 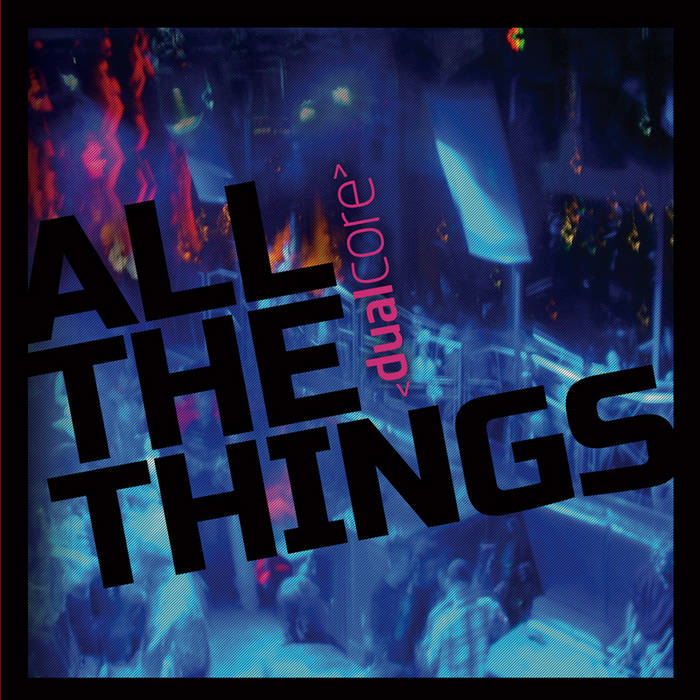 It was all a dream, as a teen I had ambitions to MC
But the transition wasn't as simple as it seems
To turn your life story into the simplest of things
Intimate themes made for interesting sixteens
And I was fifteen when I heard Rhyme Goes On
By Eric B and Rakim, my mind grew numb
I was in awe at how Rakim linked words
His cadence, his pattern of speech, the beats merged
And right then, something from within emerged
Became TriloGGG and that's when life deterred
I mean detoured, to take a path less traveled
Bumpy roads ahead but I rose above the frazzle
Way more gravel than the smooth road to college
And fakes rose up like Manute Bol to block it
But if it didn't work out, other doors would open
Was intrigued with tech since my first Commodore was open
Since Matthew Broderick war dialed with the modem
I knew somehow that it would come back around
But right now I'm flowing, began Club Ghetto
Cincinnati's open off the song Heavy Metal
Put us on your schedule, pencil us in
Did show after show, released Livin' 'n Cin
Took the city by storm
But eventually the reign/rain ended
And that's when Remy was born
Took my passion for rapping and hacking computers
Mashed them both together and made my past my future
Now that I'm here it's clear my story's just begun
I first guest appeared on the album Zero One

It was summer '97 when it started coming down
Went from treading in the mainstream to floating underground
Loved the beats and sounds, never guessed I'd rap to them
Then Canibus snatched crowns with heads attach to them
That line made me question with battle rap intentions
The vision had been shifted it was different not to mention
I was still disconnected, looking at the trend
Traded Bone Thugs N Harmony for Common with my friend
Finally in '99 we found some other rappers
I was downloading Pharoahe Monch from everyone on Napster
Hi-Tek and Mood new exposure growing faster
Mr. Dibbs held it down along with Animal Crackers
It was Blueprint and Sage, tag them, add them to the factor
Of memories before but you hear them in the after
The music made emotions that these words could never capture
My backyard was Scribble Jam, start another chapter
Ruckus Man, Otherwise, ADM, and Prime
RhymeFest and Juice had me losing my mind
Never seen such passion, Brother Ali was a beast
Eyedea and Unseen, may you both rest in peace
Rewind Jedi Mind had the Heavenly Divine
Non-Phixion, Black Helicopters in the sky
Then they suggest my geography expanded
The Heavy Hitters disc was a whole other planet
It's funny looking back how I changed from year to year
Still hip hop was constant, I held it near and dear
J-Live's wit had me grinning ear to ear
But I never would have known, owe it all to peer-to-peer
When my AudioGalaxy was showing my the stars
Windows rolled down, freestyling in my car
Consistently at house parties rhyming every bar
Rocking Masters of the Universe by Binary Star

Through the trials and the triumphs, the balance is kept
So while one man work hard, another man slept
I, took a look off the edge of the ledge
Then a quick sec to hedge all my bets then lept, huh
Told myself to expect disappointment
Cause my corporate experience at best was a disjointed mess
Of old spaghetti code, low man on a totem pole
Wanted to leave but I was typecast with petty roles
Five years, no va-cay they had me by my balls
My cubicle was like a cell with reinforced walls
Did demos while working on support calls
Woke up my inner rebel, all he needed was a cause
Started saving up my paper to reduce the risk
Went out on my first tour then I called it quits
Less dough but more happy than I've ever been
A full-time artist, and haven't looked back since